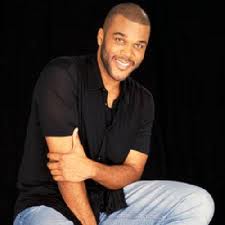 We salute hustlers and today's hustler making serious major moves in Hollywood is Tyler Perry. The man behind Madea's movies has topped the Hollywood cash kings' list - yes even beating guys like Steven Spielberg, Michael Bay - you name them.

Perry joins Leonardo DiCaprio, Elton John, and Spielberg as part of an elite group who make jaw-dropping amounts of money every year.  But he just skipped everyone and went all the way to #1 on Forbes' "Highest Entertainment Earners" list that just came out.

How did Perry make it to the top with $130 million over the past year? Thanks to fat checks from his TV shows, "Meet the Browns" and "House of Payne," as well as his hit series of movies based around his drag character Madea and his upcoming rare acting role as the titular detective in I, Alex Cross.

Make that money playa.
Posted by Hustle at 00:40