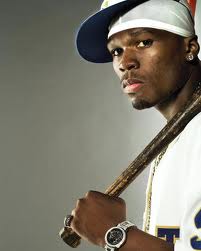 50 Cent has been missing for a minute in the music industry in terms of his own albums. The Get Rich or Die Tryin' rapper says his next album is nearly complete, and fans can count on a few appearances from Dr Dre.

Although 50 Cent's souring relationship with his record label Interscope may have seemingly railroaded the release of his latest album, 50 says that hasn't kept him from recording. Now, Fiddy says that his next as-of-yet untitled project is nearly completed and features production from his mentor Dr. Dre.

BET.com caught up with the G-Unit general at the 10th anniversary issue release party of Smooth Magazine to discuss the status of his long-awaited release. The Queens rapper says that he's nearly finished recording the project and that fans can expect to see his latest effort on shelves this November, complete with two beats from Dr. Dre.

“It’s good man, I’m done, actually - I just got to go through the mixing process,” he said. “It’s just the system and everybody being on deck at the same time to move at the same pace. When I have a conversation about something I expect it to happen like right after we talk about it.”

As previously reported, 50 Cent was involved in a heated dispute with his long-time label Interscope Records over the handling of the album's promotion.
Posted by Hustle at 23:35