Forbes Predicts Who Will Hip-Hop's First Billionaire Be 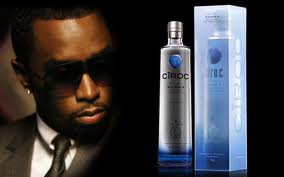 We at Hustle On Your Grind homey, we salute hustlers of all kinds - make that paper.

“I think Young Money Cash Money would be the first billion-dollar brand in hip-hop,” said Birdman referring to his record label. “We strong and growing every day as a brand and fast. Within the next few years we will be billionaires.”

But Forbes states that Diddy is the closest, with an estimated net worth of $500 million. He’s taken to calling himself “Ciroc Obama,” and with good reason: his vodka deal with beverage giant Diageo could soon land him in some very exclusive company. Diddy receives an annual cut of profits and a big chunk of cash if Ciroc is ever sold. With the spirit’s value speeding toward $1 billion—on top of stakes in clothing lines Sean John and Enyce, marketing firm Blue Flame and record label Bad Boy—Diddy may be beat buddy Jay-Z to the Forbes 400.

Jay-Z, however, is close behind with an estimated fortune of $450 million. Beyoncé’s husband sold his Rocawear clothing label for $204 million in 2007 and signed 10-year $150 million Live Nation deal in 2008.

He still holds stakes in a wide range of businesses including the soon-t0-be Brooklyn Nets, the 40/40 Club chain, ad firm Translation, cosmetics company Carol’s Daughter and other ventures. His lyrical boasts (“I’m like really half a billie”) appear accurate, at least if you round up.

Perhaps more than any other hip-hop artist, Dr. Dre’s financial star has been on the rise this year. The bulk of his $250 million fortune comes from Beats Electronics, the headphone maker Dr. Dre founded with Interscope chief Jimmy Iovine in 2008.

In early August, handset maker HTC paid $300 million to buy a 51% stake in Beats. Sources say Iovine and Dre each owned a third of the company before the deal; FORBES estimates that Dre will take home $85 million after taxes. The agreement also values his remaining stake at $100 million, which could increase rapidly as the company continues to expand.

Unlike the somewhat reclusive Dr. Dre, Birdman makes no secret about his billion dollar dreams. The New Orleans-born rapper-turned-mogul co-founded Cash Money Records with brother Ronald two decades ago and inked a very favorable $30 million distribution deal with Universal in 1998.

The label’s value has soared with the success of rappers Drake, Nicki Minaj and Lil Wayne, all of whom made this year’s Hip-Hop Cash Kings list, bringing his total net worth to an estimated $110 million (he insists he’s worth more).

50 Cent rounds out the “Forbes Five” at $100 million. After receiving nine figures for his Vitaminwater stake in 2007, 50 spent freely on cars and renovations to mansion formerly owned by Mike Tyson.
Posted by Hustle at 23:21