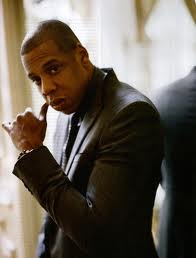 Hov topped Forbes' cash kings and the folks over at liveagl compiled a list as to how and why.

Jigga topped the list with earnings of 63 million dollars over the past 12 months, an impressive amount with the runner-up, Diddy, making less than half of that gross. With this news liveag put up a list of possible ways he generated this income.

Around April of 2008, news broke of Jay-Z closing a deal with Live Nation for a cool $150 Million. The deal included financing for his own entertainment ventures, album releases and touring for the next decade. This would of made Live Nation the home for his music and his music group Roc Nation and with Def Jam having only one album left at the time, it was the next likely move for Hov. There has been no news of this deal being finalized or if there was an advance/signing bonus involved, but it’s a possible source of income.

Jay-Z has been on numerous tours as of late, with the Blueprint 3 tour being the last which grossed a reported 22.3 million. The earnings made that the biggest hip hop tour of 2009. The previous tour, Heart of City featuring the talented Mary J Blige, was also extremely successful for all partners.

The 40/40 club is one of the more popular spots in Manhattan. Though there has been hiccups with the brand also some issues and ultimately closing of Vegas location, Jay plans to open new locations in Chicago, Tokyo, and Macau this year and the next.

Jay-Z’s album is definitely a major note and a significant source to his earnings. The album did a decent 476,000 in the first week, but today it has sold over 1.75 million, and with sonority level as high as his, he is earning more back than any other artist on record sales.

Real estate seems to be the necessity for most investors and Jay is no different. He has investments in many places with his last major purchase being land in New York’s ritzy Chelsea district for 6.6 million dollars. The purpose was to start a chain of luxury hotels but there is now rumours of Jay selling that land for profit, but that’s speculation at this point.

Jay-Z sold the Rocawear line to Iconix brand group in 2007 for a cool 204 million but he still overseas and has stake in the company (so he is still being paid when revenue is generated). Another interesting note, if the brand meets the 5 year goals that Inconix has set, Jay-Z and his partners will be payed another 34 million.

It's yet to be known how strong this source of income is, and it doesn’t help that the Nets had a poor season, but it is a reported earning so we count it.

Yes Jay-Z owns an ad agency and it’s called Translation. The agency launched in 2008 with Jay-Z as co-chairman along with Steve Stoute and it was eventually sold to interpublic, but the two still oversee operations.

- Investor for the famous Spotted Pig restaurant And Other Services