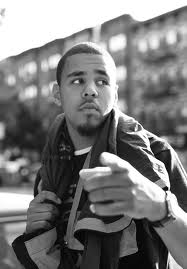 Unlike Watch the Throne, J Cole couldn't keep it all locked up. The Sideline's Story rapper acknowledges that there have been worse leaks than his own.

J. Cole’s debut album Cole World: The Sideline Story is slated to hit stores on September 27th, but an advance leak has already hit the Internet. Speaking with VIBE.com’s Mikey Fresh at his NYC listening party last week, the Roc Nation rapper explained that it’s all part of the game and doesn’t worry him.

“I feel blessed. There’s been worse leaks than that so I understand it’s a part of the game, I always understood that. As long as people hear it together, it’s cool,” he said. “And I just know that the people who are going to buy it were going to buy it anyways. The people who weren’t probably weren’t, anyways. If anything, the leak will reach out to more people who might be like ‘ah man, let’s go get this.' So you know, it's kind of like promotion these days—if you got a good album. If you don't have a good album—they'll just trash you.”

Cole, whose album goes on pre-sale on iTunes today, is more excited about the fact that his debut will finally hit stores.

“I’m just excited. Of course I’ve got some nerves. It’s only natural to have nerves, but I’m really more excited and proud. I can’t believe I’m actually going to have a CD that’s in stores. I got a long way to go in the game, but that’s definitely a day where I’ll be able to pat myself on the back - which I don’t do often.”
Posted by Hustle at 23:38