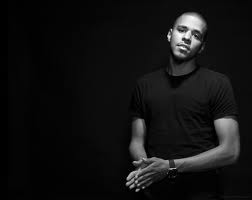 All he's armed with is a dollar and a dream - and the dream is set to be a reality.

J Cole's set to make a big splash on the charts with his debut album Cole World: The Sideline Story.

Word has it that not only is Cole projected to sell 240,000 to 250,000 copies of Cole World: The Sideline Story, but that the rapper's debut project will land at No. 1 on the Billboard charts.

According to Billboard, the first week numbers would be the biggest debut album for a solo act since Nicki Minaj's Pink Friday.

The album would also be the first time a solo act's debut album as come it at No. 1 since B.o.B's The Adventures of Bobby Ray.

The Roc Nation artist's album leaked, but is still poised to beat out Blink-182's Neighborhoods, and Tony Bennett's Duets II.
Posted by Hustle at 22:57