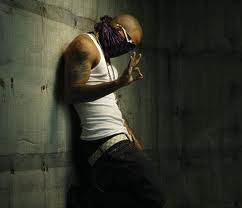 Not only has Game Revealed his last Interscope album title but the Campton rapper has also confirmed that there will be no features or name-drops on the album.

Game's album with be called Soundtrack to Chao, but what's a Game album without name dropping? Well lets wait and see.


Jayceon provides significant details about his last album for Interscope.

"Next album called Soundtrack to Chaos," said Game in the midst of a studio session with production/writing team 1500 Or Nothin'.

"No features," he added, confirming 1500 Or Nothin' member Mars' earlier statements. "None. Zero. No Weezy, Jeezy, Drake, singers, nothing. Just us. That's it. That's it. Album five. Soundtrack to Chaos."

The album is Game's last obligation to Interscope Records. Will he join Cash Money...lets watch this space.
Posted by Hustle at 02:38