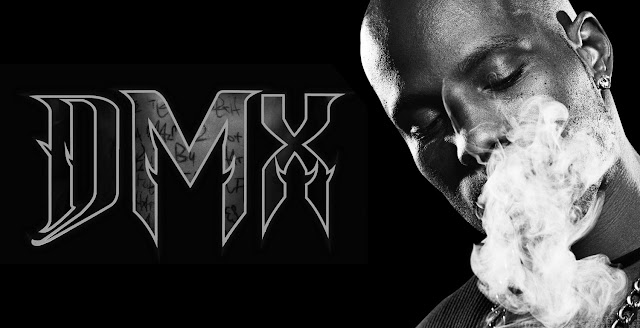 Fifteen years ago this month, DMX changed the face of hip-hop with the release of his debut album. MTV banned his videos, the record sold over a quarter of a million in its first week (eventually going quadruple platinum) and he brought back a sense of aggression and street rebellion to rap, during the height of its jiggy and flashy outfits years. TSS had to herald #DMXWeek, and pull his copy of It's Dark and Hell Is Hot out of the closet and try to determine what exactly it was that made its release such a watershed moment in rap history.

DMX has a knack for extraordinarily cold-blooded lines and natural dialogue, the latter evidenced by the many tracks he employs it on. Other than that though, Dark Man X is not a particularly striking lyricist. Hit em with the ox to the grill / Eh, ah, kill nigga kill', is not Pulitzer material, but then again, X isn't writing a book and in the form of a rap his grunts, growls and sometimes relatively simple lyrics, are highly effective throughout. The crux is in his delivery and vocal inflections. Wether he's begging for forgiveness or bludgeoning a foe, DMX sounds like a storm of emotions bursting through a cracked surface, and you believe every word he says.

Besides violence and robbery, the other recurring theme in It's Dark and Hell Is Hot is religion. Christianity, to be specific, and both Hell and Heaven are very real concepts to him. DMX is obviously a proponent of east coast gangster rap, but unlike most of his peers, he doesn't paint himself as a Stringer Bell-type character, calmly in control and building his empire with a firm understanding of what drives capitalism in its darkest corners. He seems (though less calculated) more akin to Omar(those that are lost - check The Wire), a lone gunman and urban legend feared throughout the hood, for whom reputation is everything, revenge trumps business sense and violence is inescapable. He robs, steals and kills, because it is the only way he knows to survive (Somewhat ironically, the visceral excitement of this kind of street drama also resonated greatly with suburban white kids, giving them music to rebel against the status quo with). His lifestyle presses heavily on his conscious, and simultaneously excuses him of changing his ways, as he is convinced that he's already destined to hell. The only way he sees out for himself is rap, but in Damien even that is tainted by a deal with the devil, turning his way out back towards his former self. I can see, ain't nothing but trouble ahead he somberly concludes, residing in his fate.

Damien is a great example of DMX's ability to suit his many vocal inflections to the song at hand. Putting on different voices for the titular character, he embodies both sides of the dialogue, like he does similarly on The Convo, the song's mirror-image containing a conversation with God. DMX paints himself as a monster, a full-blooded ghetto horror story (“1, 2, X is coming for you children eerily sing on ‘X-Is Coming), but he knows he can and should be something else. The Jekyll and Hyde-like struggle within him is literalised on ‘Stop Being Greedy, the greatest song on the album and perhaps his entire discography. Both sides of DMX trade bars throughout the song, his voice an aggressive bark for one (I'm broke so I'ma bashed his head wide-open / Begging me to stop but at least he died hopin') and passionate resilience for the other (But I don't like drama so I stay to myself / Keep focus with this rap shit and pray for the wealth). The chorus is doubled and DMX spits it in both voices, giving the same lines entirely different connotations just by how he expertly shifts his delivery.

DMX knows the edge. He was teetering from it for almost the entire album. It's when he sidesteps the internal conflict that makes him such an unpredictable and magnetic presence, that the album falls flat. Like in the (at the time practically requisite on a major label rap album) R&B-ified loverman song How's It Goin' Down' or the overly saccharine schmaltsing of the Phil Collins sampling ‘I Can Feel It' (You know the one, about that guy who could've saved that other guy from drowning, but didn't, and Phil saw it all, then at a a show he found him). Even including those unflatteringly aged warts though, it's not hard to see why It's Dark and Hell Is Hot made such an impact.

When rap was at its most anaemic, DMX reinvigorated it with a dose of venom. In another time and place, he might've been a great blues singer, struggling with darkness, doubt, self-loathing and faith. But he was born in Yonkers during the latter part of the 20th century. That means all that frustration and raging emotion was poured into his rapping. Rap, especially from the New York area, was mostly concerned with lyricism. Wit, punchlines, storytelling, the technicalities of an impressive flow and while all that is far from unimportant, DMX brought the raw, gritty, unrelenting and sometimes uncontrollable emotion into it that was missing in 1998. You can hear the echo of his bark in Schoolboy his vocal inflections and ad-libs. You can hear it in Kendrick Lamar's balancing of religion and street tales. You can hear it in every rapper that went from a shiny suit back to a wife-beater.

It sometimes seems as if DMX was always headed for destruction, and knew it too. But reporting live from the edge, he first pulled rap back to its initial place there, blood still dripping from his canines.
Posted by Hustle at 01:47