An Era Ends On Social Media 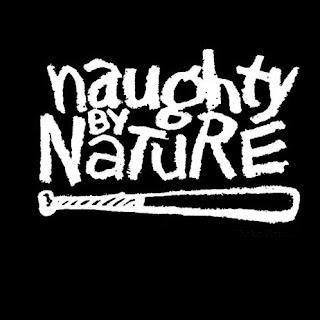 "Richard Pryor go and burn up, and Ike and Tina Turner break up/Then I wake up to more bullshit," rapped Jigga - and he went on to ask "Niggas, where's the love?"

If the world was to enter into some kind of apocalyptic mode -everything washed away with just a few survivors left. When rebuilding Earth - the next generations stumble upon  some hip-hop archives, they found find the mid 90s until the early 2000s - hip-hop groups flourished.

These groups and many other, helped pave the way and inspired many artists today, Naughty by Nature was the first hip-hop act to win a Grammy and weren't even allowed to collect it on the stage and not to mention the legacy of Wu, NWA or Mobb Deep, OutKast.

"It's funny how money change a situation/Miscommunication leads to complication/My emancipation don't fit your equation," Lauryn Hill Lost Ones.

The surviving humans would smile going through the remains of the post apocalyptic hip-hop archives, but then something would wipe the smiles away. They would wonder, why… why was a legacy tarnished like that? In-group fighting, egos, money and lies pissed on legacies. We wake up to news of so-n-so group fighting.

Lies of twitter accounts being hacked, going on radios dissing their  partners, dropping diss track to their mans, people they rode with possible grew up with.

What the fuck is wrong with these old folks? They need to sit down and stop acting like some spoil rich white girl seeking attention. Let us enjoy the moment the legacy without these grown ass folks taking shots at each other.

What happened to working things out in a civil manner without airing the dirty laundry on social media? Havoc went at Prodigy via twitter and claimed his account got hacked then later manned up and admitted it. Before that Noreaga went on a radio station and vowed never to work with Capone again. Then Treach goes on a rant and disses Vinny.

What about André 3000's stunt of issuing a statement after the remix of Frank Ocean's Pink Matter? Big Boi features on the track, Dre quickly issued out a statement saying "It's important for me to be clear about the origins of my contributions to Pink Matter, I was approached as a solo artist. I never want to mislead our audience - I'm worried that some would think these were Outkast collaborations."

LOL sit your Hollywood Ass down Dre, we don't wanna hear that.
a few mankind survivors. Rebuilding and visit our past - they would find a wealth of information of our culture hip-hop. They would find from the 90s to the early 2000s -  hip-hop was at its peak, rap groups flourished and built a legacy for years to come. Groups like Wu Tang Clan, Dogg Pound, NWA, EPMD, Naughty by Nature, Capone-N-Noreaga, Mobb Deep… the list is endless.
Posted by Hustle at 00:57