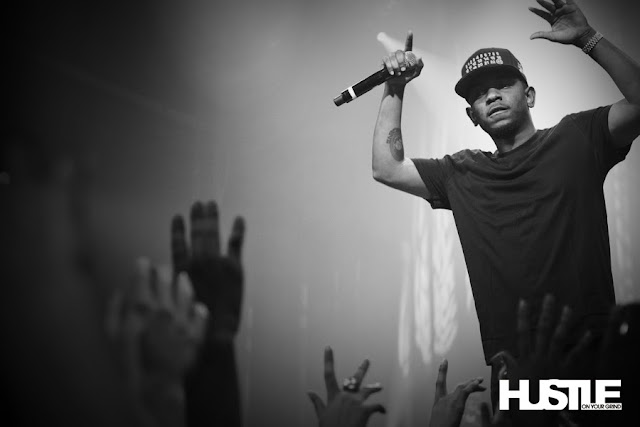 South African rappers take a leaf out of Kendrick Lamar's branch. Unless you have just woken up from a deep coma, freed from jail or just landed from outer space then you know what the buzz is about. Rap was too nice; too I don’t wanna step on toes until Big Sean called up K-Dot to feature on Control.

The Cali native took the track to the cleaners, no one even cares that Jay Electron is also on that track or it’s a Big Sean track (really, he’s on that joint), oh my oh my THAT’S WHAT HIPHOP IS ALL ABOUT!!!! It’s like rap was down and Kendrick came with a defibrillator and shouted clear and all of a sudden there’s life. Don’t take Hustle’s word for it, check out what he says.

Tell Flex to drop a bomb on this shit/So many bombs, ring the alarm like Vietnam in this shit
So many bombs, make Farrakhan think Saddam in this bitch/One at a time, I line 'em up and bomb on they mom while she watchin' the kids/I'm in a destruction mode if the gold exists/I'm important like the pope/I'm a muslim on pork/I'm Makaveli's offspring, I'm the king of New York King of the Coast, one hand, I juggle them both/The juggernaut's all in your jugular, you take me for jokes/Live in the basement, church pews and funeral faces/Cartier bracelets/for my women friends I'm in Vegas/Who the fuck y'all thought it's supposed to be?/If Phil Jackson came back, still no coachin' me/I'm uncoachable, I'm unsociable/Fuck y'all clubs, fuck y'all pictures, your Instagram can gobble these nuts/Gobble dick up 'til you hiccup, my big homie Kurupt/This the same flow that put the rap game on a crutch/I've seen niggas transform like villain Decepticons/Mollies'll prolly turn these niggas to fuckin' Lindsay Lohan/A bunch of rich-ass white girls lookin' for parties/Playin with Barbies/wreck the Porsche before you give 'em the car key/Judgement to the monarchy/blessings to Paul McCartney/You called me a black Beatle, I'm either that or a Marley/I don't smoke crack motherfucker I sell it/I'm dressed in all black, this is not for the fan of Elvis/I'm aiming straight for your pelvis, you can't stomach me/You plan on stumpin' me?/Bitch, I’ve been jumped before you put a gun on me/Bitch, I put one on yours, I'm Sean Connery/James Bonding with none of you niggas, climbing 100 mil in front of me/And I'm gonna get it even if you're in the way/And if you're in it, better run for Pete's sake/I heard the barbershops spittin' great debates all the time/Bout who's the best MC? Kendrick, Jigga and Nas/Eminem, Andre 3000, the rest of y'all/New niggas just new niggas, don't get involved/And I ain't rockin no more designer shit/White T’s and Nike Cortez, this is red Corvettes anonymous/I'm usually homeboys with the same niggas I'm rhyming wit'/But this is hip-hop and them niggas should know what time it is/And that goes for Jermaine Cole, Big KRIT, Wale/Pusha T, Meek Mill, A$AP Rocky, Drake, Big Sean, Jay Electron', Tyler, Mac Miller/I got love for you all but I'm tryna murder you niggas/Tryna make sure your core fans never heard of you niggas/They dont wanna hear not