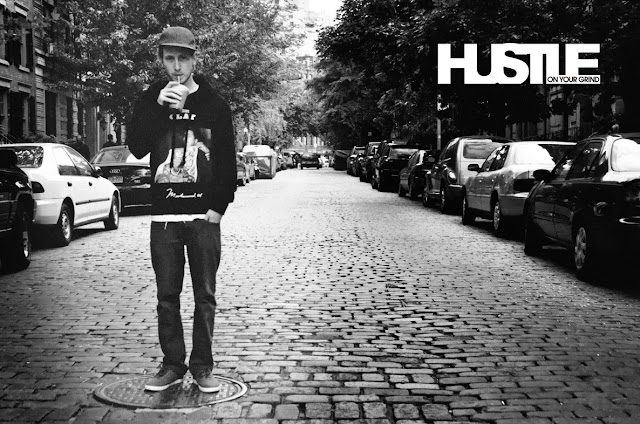 Like when one is still in primary school and gets straight A's then goes to high school and fails to live up to the hype. The folks over at Complex compiled a list of the top 10 underachieving rappers.

Despite what many may believe, rapping isn't an easy profession and great talents have been sidelined by all sorts of personal issues, legal entanglements, and industry bullshit. Some MCs, however, seem to be their own worst enemies; just when they’ve got the world’s ear or seem to be on the precipice of something big, they either switch styles, sell out, or simply make albums that fall short of their potential. Here are 10 Underachieving Rappers that let a moment pass them by without making the most of it.

When Asher Roth debuted in 2008 with the DJ Drama-backed The Greenhouse Effect Vol. 1 mixtape, he was pegged by many as the next white rap phenomenon, and the Top 40 success of the single "I Love College" had visions of Slim Shady dancing in label executives' heads. But the album Asleep In The Bread Aisle flopped, while other white rappers like Mac Miller and Macklemore soon swooped in to do the kind of numbers people had expected Asher to do. Now, Asher Roth is pretty much back at the spot he was at five years ago, releasing The Greenhouse Effect Vol. 2 with DJ Drama and trying in vain to get that buzz started all over again.

However you may have felt about him during his divisive and arguably unlikely tenure as a mainstream contender, Charles Hamilton at least seemed like the kind of prolific controversy magnet that stays on the radar for years and years. But while Lil B, another rapper who proudly wears pink and drops mixtapes like it's a bodily function, has kept people talking, there's been pretty much silence around Charles Hamilton since 2009's firestorm of bad publicity that included a shelved Interscope debut that would've listed the late J Dilla as executive producer. Since reemerging from a stint in rehab, however, Hamilton has remained as busy as ever, releasing dozens of mixtapes with titles like Catholic Illuminati: Papal Infallibility on the Internet, but it seems like nobody has even paid attention enough to keep the backlash going.

In State Property, a crew that was long on street cred but short on mass appeal, Peedi Crakk seemed to hold a lot of potential as a breakout star, with standout performances on club bangers like "One For Peedi" and Freeway's "Flipside." Great guest verses for The Roots afforded him respect as a lyricist and an offer to join the legendary Philly band. He even got close enough to becoming a priority at Def Jam that they briefly made him go as 'Peedi Peedi' and featured him on Ne-Yo's debut single, "Stay." But when his album remained in label limbo, Peedi staged a Roc-A-Fella revolt, releasing a barrage of diss tracks at Jay-Z. He came for the throne, he missed, and nobody ever took him seriously again.

For every Game or Kendrick Lamar, there have been a dozen young rappers from L.A. trying to put the West Coast back on the map and become the city's next legend that haven't come close. Nipsey Hussle got closer than most, though; from XXL Freshman status to a Snoop co-sign, he wound up on the Haiti benefit remake of "We Are The World," and was even referenced on Saturday Night Live. But all that exposure never quite translated to any kind of real popularity, much less a hit single or a major label release date. He's still kicking around, but already seems like a relic of a bygone era in light of L.A.'s latest uprising of grassroots success stories.

In 2003, Cassidy had a battle rap pedigree, verses on Ruff Ryders albums, and a buzz based primarily on beating fellow Philly hardcase Freeway in a battle. But he decided to go straight for the crossover money with his debut single, grinning like Ma$e in the R. Kelly-featuring "Hotel," without even trying to cement his rep as a spitter.

The backlash was strong and the sales were weak, but Cass showed remarkable resilience when he came back harder with hits like "I'm A Hustla" and "My Drink N My 2 Step," and persevered through personal setbacks like a murder case and a terrible car accident. But the patronage of Swizz Beatz only took him so far, and eventually his inability to translate his lyrical talent to a great album left him out in the cold. He was last seen up to his old tricks, trying to get shine off of a beef with Meek Mill, another Philly rapper with stronger studio output than him.

Even if the point of the title of Already Platinum, Slim Thug's 2005 major label debut, was that he was living as comfortably as a platinum rapper anyway, it had to have stung for the Houston rapper to have stalled out at gold in the year that Mike Jones, Paul Wall, and Chamillionaire all released million-selling albums. And when you consider that he was also the only one of them with the powerhouse backing of Star Trak and the Neptunes behind him, or collaborations with Beyonce and Gwen Stefani, the success of Slim Thug's mainstream breakthrough seems even more underwhelming. Soon after, he went back to the independent circuit, without even so much as an attempt at a second Geffen album. Maybe his heart just wasn't in anything but making music for Houston, but for a while it certainly seemed like he was destined for more.

It's a little hard to believe now that when Lil Wayne and Juelz Santana first announced their ill-fated collaborative project, I Can't Feel My Face, in 2006, it wasn't a considered an incredibly lopsided duo. Sure, Wayne was still ascending to his Carter III superstardom, but Juelz was having a damn good run. He was featured on mentor Cam'ron's two biggest hits while still a teenager, played a big part in Dipset's rapidly rising movement, and saw his career grow steadily between his first two albums. And then, things just seemed to stall out, with some alleging that a sizzurp addiction had slowed down his progress. In 2011, he made headlines by hooking back up with Weezy to make another go at making I Can't Feel My Face, but even that comeback seems to have gone up in smoke since then.

Saigon's all too aptly titled album The Greatest Story Never Told has a place in the hip-hop pantheon not as the classic it was anticipated as for years, but as an emblem of everything wrong with the fearbased mentality of the release date-shuffling major label industry. While the hotly tipped New York rapper had the world waiting on his Just Blaze-helmed debut, Atlantic Records kept him on the shelf year after year, as he lobbed out increasingly desperate singles into an uncaring radio marketplace, from 2006's Trey Songz-featuring "Pain In My Life" to 2009's auto-tuned "Gotta Believe It," which ironically was accompanied by foolhardy claims to "single-handedly reinvent hip-hop." Needless to say, when the album finally dropped on an independent label in 2007, no such thing happened.

The 15 years that Canibus has spent as a punchline and cautionary tale by now far outlast the year or two that he was tipped as hip-hop's next great lyricist. Still, that brief period happened to take place in 1997 and 1998, when being the new feared MC in New York was everything, and the void left by Biggie and 2Pac was wide open for new legends.

In the end, it was not whether Canibus won the LL Cool J beef that mattered, but whether he could appeal to the masses that didn't know or care about that. Wyclef's production on Can-I-Bus was supposed to take care of that, but instead the album was hookless and monotonous. And instead of correcting that on the follow-up, Canibus just disappeared further up his own ass with internal rhymes and conspiracy theories.

For his whole career, Jay Electronica has traded heavily on not treating his music like a career, and allowing mystique and scarcity—and of course his unique talent—to keep him afloat. But as we approach four years since one of the most lyrical songs ever, "Exhibit C," without much to show for it besides a stray track here and a Mac Miller collab there.

You have to wonder whether we'll ever get an album, much less whether it'd be worth the wait. Andre 3000 can drop sporadic bombs on the rap world and spend years teasing the possibility of an album, but his legend is already assured with a thick back catalog. By comparison, Jay Electronica's greatness is more like a rumor.

Last month, in the thick of a summer full of big releases by his Roc Nation labelmates, Jay tweeted "it's my turn." But he also tweeted 16 months earlier that the album was done. Meanwhile, guys like Kendrick and J. Cole are out there enjoying the kind of careers that many fans envisioned for Jay Electronica, whose superiority to those and other artists remains largely theoretical and untested.
Posted by Hustle at 04:04