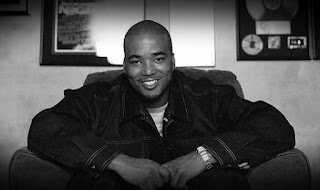 Lighty was integral to the careers of 50 Cent, Busta Rhymes, N.O.R.E., Diamond D, and many others. After growing up under the tutelage of Hip Hop icons like DJ Red Alert, Lighty began working professional at Russell Simmons' RUSH Management firm in the late 1980s, where he helped work with Def Jam Records artists and others in securing endorsement deals and touring.

The Violator name carried on in the late 1990s and 2000s, when Lighty launched his own firm. The management company handled clients ranging from Diamond D and Foxy Brown to Busta Rhymes and Q-Tip.

He was found dead on August 30 in what is believed to be an alleged suicide.
Posted by Hustle at 03:35