Musicians' Income Can Still Be Huge With The Right Brand, Team 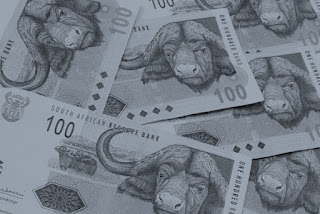 What gives? It's tempting to chalk the difference up to disparities in record sales - some musicians have always gotten huge while their peers languished in obscurity. But even top artists are selling far fewer records than they used to. For total North American sales of recorded music fell 36 percent between 2007 and 2011 alone, according to a recent report. And it's clear that digital music sales haven't yet made up for lost physical sales and won't anytime soon.

So how can artists make money?

According to industry experts, the only way to make money in the music business is to turn an artist into a brand - then do everything in your power to maximize that brand's value.

The first step on this path still involves music. Songs make an artist famous in the first place and allow the artist to define his or her brand. Touring can also be lucrative; spending on concerts in surpassed spending on recorded music. But tours are also expensive to produce, so they aren't necessarily as profitable for the artist as they initially appear. For that reason, artists across the globe have gotten increasingly creative with their business ventures. Some artists charge to much and are hardly booked - promoters prefer house DJs instead.

Many years ago, if you had a hit song on the radio and a great tour, then you'd sell a million records, two million records. That's not necessarily the case anymore. But today, if you have a hit song and you have a sold-out tour, then other ancillary opportunities are available to you: sponsorships, endorsements, TV, movie, features. Recording an album should be a promotional tool. An artist needs to jump into the studio and make music that will have their names on everyone's lips then capitalise on endorsements.

So once an artist becomes popular through music, the four members of his or her management team (agent, manager, lawyer, business manager) (that's if they have those) work to turn fans' goodwill into revenue. They secure deals for music-merchandise manufacturers to sell anything with their clients' faces on them, get their clients lucrative judging positions on reality TV shows, adverts, acting gigs and help broker clothing-design jobs with apparel companies. In the US for example, some artists have made more with these kinds of deals than they would have in the golden age of the CD.

The best deals, in addition to being lucrative, also make an artists' brand more appealing for future endeavors.
Posted by Hustle at 20:05