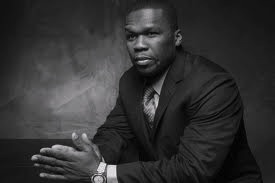 A hustler never sleeps and 50 Cent can testify to that. Love him or hate - he's making moves and making paper.

Fiddy is stepping into the world of boxing promotion on his new business venture. His longstanding friendship with championship boxer Floyd Mayweather is no secret. Fif has regularly attended Mayweather's fights, and has participated in the fighter's entrance to the ring several times.

Now, 50 looks to begin his own boxing promoting business, founding TMT Promotion, with the TMT standing for The Money Team.

The Vitamin Water mogul and purveyor of video games, energy drinks and various books has TMT licensed in New York, and is in the process of applying for a license in Nevada.

Sports Illustrated reports that 50 will be working with Mayweather and that he is expected to sign former featherweight title holder Yuri Gamboa and super middleweight contender Andre Dirrell.
Posted by Hustle at 21:50