Fundamentals Of A Hustler 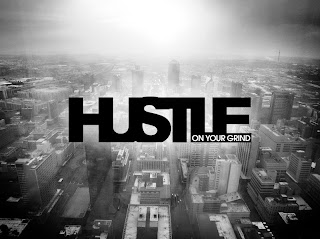 If you want to be a millionaire you have to think differently.


There's no real practical reason to ask "who wants to be a millionaire?" because the only people who won't put their hand up are the types that've taken vows of poverty and those who are already multi-millionaires. Unfortunately, there's a big gulf between those who want it and those who do the things to make it happen.

For example, an adult earning the median level of income and saving an impressive 20% of that would need almost 200 years to save R1 million. So it's pretty clear, then, that a would-be millionaire has to think outside the boundaries of "median" experience.

Say you're a hotshot salesman – although you're going to get your cut, a lot of the value you create is going to get split among a broader pool of workers, managers and the owner(s) of the business.

Start your own business and you get to decide how to divide that pie. Better still, your ownership stake can become more and more valuable over time as that business becomes larger and larger. While a good employee may get raises and promotions as his or her employer grows, they'll never see the same benefits (including the appreciation in the value of the ownership interest) as the owners.

Use other people's money

By this by no means we mean that society money or stokvel your mother is inn. One of the remarkably consistent features of stories about people who go from relatively no wealth to major wealth is the role of other people's money in making it happen. Sometimes it's start-up capital from a generous relative, or maybe it's a small business loan or venture capital.

Borrowed money can be a major force multiplier. Behind virtually every property empire is borrowed money and the use of leverage in investing (whether through buying stocks on margin, buying options or buying futures) can rapidly magnify a skilful investor's success. Of course, this cuts both ways – just as borrowed money can create a large business (or portfolio) quickly, just one mistake in an over-leveraged enterprise can bring the whole thing crashing down.

It comes down, then, to risk tolerance. Those who really want to build large wealth (and do so quickly) through business or investment will have to do so in part with other people's money.

Wages respond to supply and demand just like everything else, so it is very important to cultivate a skill that is not only in demand, but scarce enough to be valuable. Architecture and law, for instance, are both specialised skills, but not necessarily rare enough to make their practitioners wealthy unless they are at the high end of their profession.

Sports is an obvious example, but most people know in their teens whether they have the rare physical gifts (and perhaps the even rarer mental discipline and dedication) to open the doors to a professional sports career, and it's not really a door that can be opened in college or later. Medicine and engineering, though, are both open to college-aged people who have the requisite abilities and the willingness to put in the effort. The services of these professionals are not only almost always in demand, but the supply is small enough that professionals here can fairly expect to become millionaires on the basis of their labours.

This is also true for unconventional skills as well. Pursuing a career as a writer, actor or professional gambler is a virtual guarantee of poverty for most people. For those who actually have the skills necessary to succeed, though, it can be their best chance of building real wealth.

Lazy and self-made millionaire just don't go together. Going back to that supply-demand equation, anything that's relatively easy, convenient and accessible is going to have ample supply and relatively low payouts. Since most people don't actually want to work that hard, though, there are real wealth-creation opportunities out there for those willing to think and/or work just a little harder than average.

One option for building exceptional wealth is to out-think the majority of people out there. While pursuits like writing, investing and inventing all involve a tremendous amount of effort and dedication, there is at least some aspect of out-thinking to them all. Steve Jobs of Apple, Richard Branson of Virgin and Lord Alan Sugar all clearly worked hard to achieve success, but a lot of that success was predicated on seeing things that others didn't see and figuring out how to do them even better.

Out-hustling is an undervalued aspect of wealth creation. Success in business is often about the hustle – the willingness to make one more call or work an extra hour later. The field of "hustle" is wide, rich and fertile. You can make good money visiting auctions and reselling undervalued items, just as you can make good money from a variety of multi-level marketing programs. The question is whether you want to spend the hours it takes to drive the process forward.

Rental property is a good example. It is actually not all that difficult to find rental properties, buy them and rent them out. Do this well and it's fairly easy to earn an annual return of 8-15%. The problem is that there are a myriad of small annoyances that go with it – hassles in haggling over the purchase price, hassles in getting bond, hassles in getting tenants, hassles in dealing with tenants and so on. Some people just don't want to be bothered with this, but those who don't mind the annoyances can reap the rewards.

Having R1 million or more in net worth is still uncommon enough to be special and significant, and it doesn't often come as a by-product of luck or chance. Hard work is a virtual requisite, but so too is a willingness to take on some risk (such as starting a business or using leverage) or cultivate a rare gift (like writing or inventing). Although simple living and sound investing will help anyone build more wealth, a special level of success requires a special person who is willing to do more and risk more than most people.