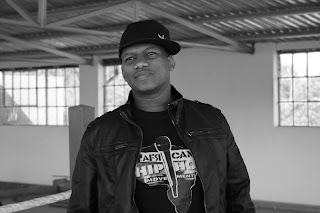 Idols South Africa is back with fame chasers trying their luck in the limelight but that's not the focus here.

Pro has joined forces with legendary Idols director Gavin Wratten, who has directed all seven seasons of Idols to date and also produced Season 6 and 7, to form a new production company, Productions, which will oversee the eighth season.

On radio ProVerb was the technical producer of The Fresh Breakfast Show on Yfm and The Avenue 3 to 6 with Glen Lewis on MetroFM, and he can currently be heard on air on 94.7 Highveld Stereo. He has also hosted two Miss South Africa broadcasts and lectured in TV production and radio at Damelin College.

ProVerb launched his career as a rapper 1999, achieving success with albums such as The Book of ProVerb, Manuscript, and Write of Passage.
Posted by Hustle at 12:21