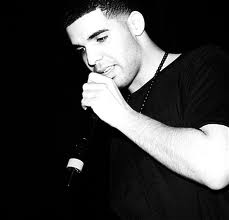 While chatting to Funkmaster Flex, Drizzy touched on what he thinks about Pusha T's possible subliminals on the record "Don't Fuck With Me."

Pusha T spit over a Drake beat: "Rappers on their sophomores, actin' like they boss lords/ Fame such a funny thing for sure, when niggas start believing all them encores/ I'm just the one to send you off, bonjour."

Drake told Flex that others pointed out the song to him, but he wasn't sure if the shots were actually aimed at him. "I listened to it and I just couldn't pick it out. I couldn't pick out where I was supposed to be offended," he said. "Everyone was just like, 'Oh you got dissed in this song by Pusha T.' First of all, I've never really had any interaction with Pusha T so for him to diss me would be purely issues that he's having within himself."

He said he'd never had beef with Pusha in the past and actually has admiration for him. "We've met but we've been just always cordial with each other. I'm a fan of The Clipse. I say it in interviews. So I've never really had any issues with him. But it's a frustrating time for a lot of people right now, I get it. So if it was directed at me, just make it a little more direct next time. I'm up for whatever man. I didn't take offense to it though."

Drake is currently gearing up for the release of his sophomore album Take Care, scheduled for release on November 15.
Posted by Hustle at 00:32