Young MCs That Will Outrhyme Your Favorite Old Rappers 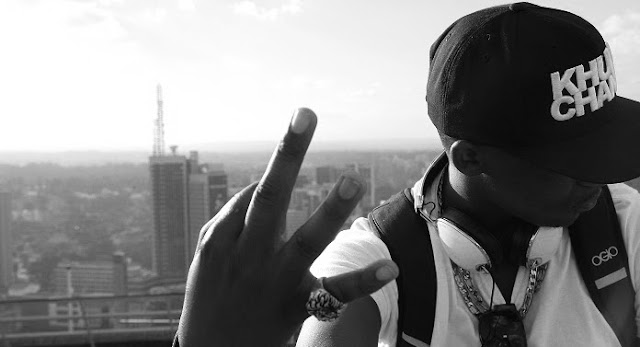 We at hustle would like to take this moment to thank the folks that brought us television, radio and the internet - without those three mediums, we would have never heard of an Ice Cube or Zubz The Last Letter. In your mind you are probably going..."huh". The Point is growing up depending in which era, we were all glued to some favourite medium - we knew the time when our favourite show would air and we made sure to never miss it. Just a chance to catch a glimpse of our idols and rap along to their songs, walk on the street feeling like that song was talking to you.

To some MCs, they even took the game further and entered the arena of rapping, threw their names in the hat and forced the masses to take notice. We count down some youngings that would bury the the old rappers.

To borrow Cole's words in an order that suits us - "Long live the idols, may they never be your rivals - now what you're 'bout to hear's a tale of glory and sin."

Khuli Chana
It took a while for the Maftown's second favourite son (Mybad Channa HHP is the first.) to set the scene on fire but when he did - he left the fans with Mo' Hunger.

AKA
It took a minute for the Cape Town born MC to blow, but no doubt his hands are up for the victory lap – lyrically the 25 year old holds his own and could even bury a few old rappers *meant veterans MCs*.

Earl Sweatshirt
The soft spoken Odd Future rhymer came back from a hiatus overseas with a fresh perspective on life. This translated into his rapping ability, which was already pretty scary.

iFani
He spits in vernac but who said only English spitters breath fire through their words? Lets just say the Umthatha born can spit son.

Kwesta
K1's (Katlehong) very own spits clever words that had his songs being banged in clubs across the country. As for him outshining your favourite old MCs...Well from his clever word play, dude can hold his own.

ScHoolboy Q
It's hard to properly categorize Quincy as one kind of artist. He has a clear appeal to Mary Jane connoisseurs, but he can also make single worthy tracks and rap his ass off. This versatility and a street edge give him the leg up on a list of rappers, old and young.

Wale
One thing has remained consistent through the MMG rapper's transformation from underdog to Grammy nominated MC. He has bars. And yes, he can outrhyme a bevy of his noteworthy OGs.

Action Bronson
The Queens local has clear influences from MCs like Kool G Rap, and we'd like to think that he represents where NYC Hip-Hop is going. Also, his Rare Chandeliers track "Eggs On The Third Floor" is trifling good.

Big K.R.I.T.
Early comparisons to two man groups like Outkast and UGK should have let you know the company the Mississippi native would be in. Consider him to be the shiny, new version of many of his southern predecessors.

J. Cole
Self-reflective rhymes and awe-inspiring flows are the Roc Nation rapper's bread and butter. They're also the reason he's better than a lot of your favorite MCs at the tender age of 28.

Drake
Say what you will about the YMCMB artist's affinity for crooning, many of you're favorite artists don't want any problems with rapping Aubrey. Also, a certain quote comes to mind: "I know of all the things that I hear they be poking fun at/ Never the flow though, they know I run that." Coincidence? We think not.

Kendrick Lamar
The good kid from the m.A.A.d city has proved his worth as a formidable lyricist time and time again. Just ask King Hov.
Posted by Hustle at 01:48