J. Cole: A Music Mogul In The Making 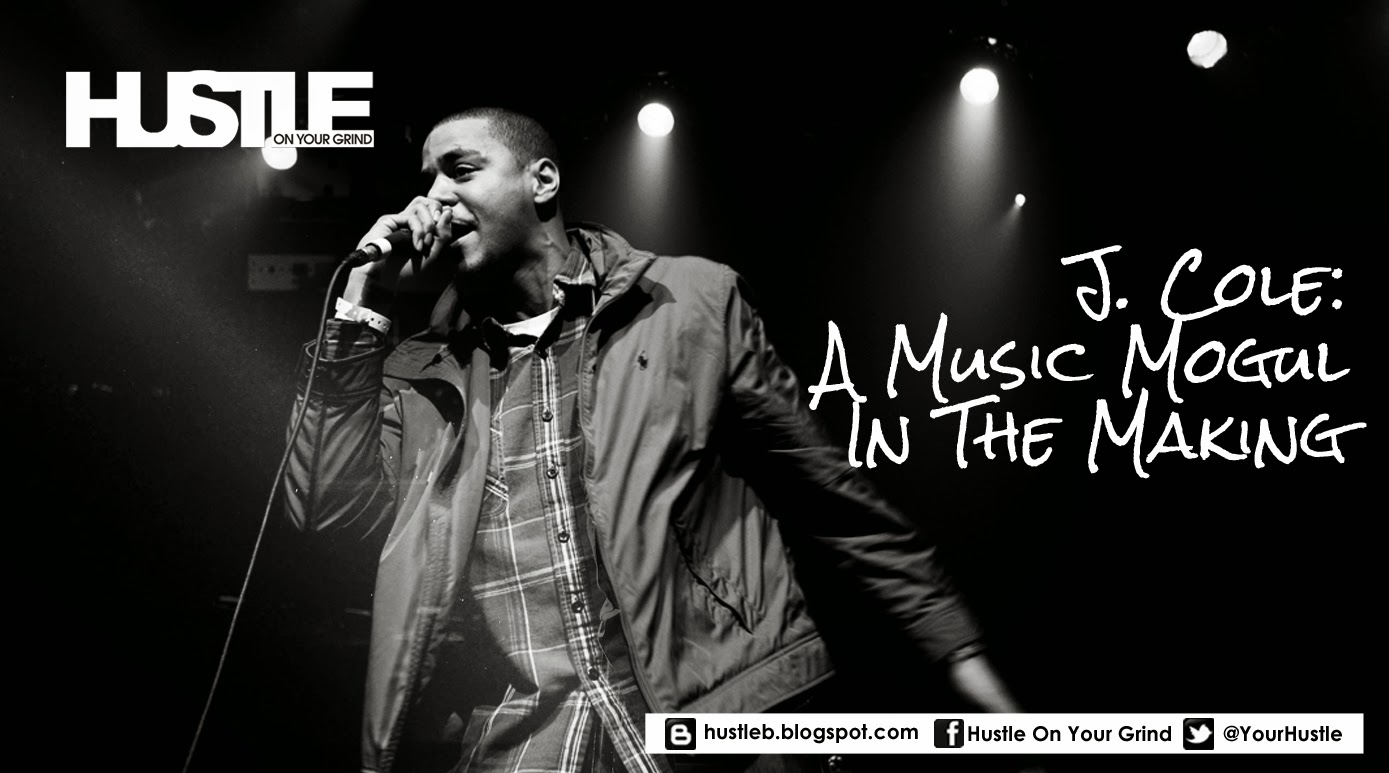 Three years ago, when J. Cole was filming the video for the song “Party” with Beyoncé, he had an awkward moment with a Bugatti.
The appearance of the multimillion-dollar sports car featured in the shoot prompted Beyoncé to say, “I want one of these.” Cole wasn’t quite sure how to respond. As he noted on his track, “Villuminati,” the vehicle’s cost exceeded his own net worth at the time.
“What do you say to that?” he recalls thinking. “‘Yeah, sure, treat yourself.’ I was so far from being able to have one. It’s one of those now-and-later raps. Jay Z had a line: ‘Rap about it now, hope you get it later.’”
Lately, Cole’s financial prospects have perked up considerably, as evidenced by his placement on the first-ever Hip-Hop Cash Princes list. Along with A$AP Rocky, he’s one of two names in that group with a six-figure average concert gross. And his 2013 sophomore album, Born Sinner, moved nearly 300,000 units its opening week, nearly outselling Kanye West’s Yeezus.
“It worked out even better than I imagined,” he says. “And I’ll leave it at that.”


Adds Cash Princes judge Kevin Liles: “J. Cole would rather be known as one of the greatest rappers, not just a guy who had a hit record.”
Cole’s bright future is the result of a remarkable and well-chronicled past. In 2007, he camped out in front of Jay Z’s studio with a CD full of beats, hoping his production would get him in the door and enable him to become a rapper, the same route followed by West. Jay Z didn’t take his CD, but the mogul heard Cole’s work a year later and eventually made him Roc Nation’s first artist.
Now Cole is following in his mentor’s footsteps with his own label, Dreamville, which recently landed a partnership with Interscope. For Cole, the move allows his acts—including Bas, Omen and KQuick—to have their music released by the same parent company that distributes Dr. Dre’s Aftermath Entertainment and Diddy’s Bad Boy Records.
“J. Cole represents the new music business,” says his manager, Wayne Barrow, who once managed Notorious B.I.G. and sees some similarities in his young charge. “He is intelligent, witty, creative and not afraid to step out on the ledge and do it his way. Risk is the nature of true business growth, and he has [done] and will continue to do what’s necessary.”
For Cole, the Interscope agreement also offers an opportunity to broaden his work as a producer, a skill that has proved crucial to his career thus far. He’s been making his own beats since writing his first song as a 15 year-old growing up in North Carolina.
Cole was raised on a diverse mix of music that ranged from classic rock to R&B to contemporary hip-hop (“Lil Wayne was my last favorite rapper before I was my favorite rapper,” he says). When he started making moves toward a rap career of his own, he found he had to keep making his own beats out of necessity.
“[My mentors] were busy saving their best beats for themselves,” he says. “So I decided, ‘Well, I’m going to make my best beats.’”
Cole’s career exploded in the wake of his Roc Nation signing, and he realized there were major financial benefits to his production strategy. In hip-hop, the songwriter’s publishing share can dwindle quickly. It’s usually split in two directions: 50% to the writer, 50% to the producer.
If you have two writers (a rapper and his ghostwriter, say) and two producers (one for the backing track, one for the hook) on a song, the rapper’s cut falls to 25%. That number can be even smaller if the track involves heavy use of samples. Some artists don’t contribute at all to the writing or production behind the songs they perform.
“There’ve been huge records, a lot of No. 1s, where the artist who performed the song didn’t receive a dollar of publishing,” he says. “Because they didn’t do anything. They didn’t write, they didn’t produce.”
Cole, on the other hand, wrote and/or produced every track on both of his first two studio albums; for many, he was the sole writer and producer. And he doesn’t use ghostwriters.
With two gold albums under his belt since that conversation with Beyoncé, he may have to rethink his line about the Bugatti. The car retails for nearly $2.5 million—is he still worth less than that sum?
“No,” he says. “I wouldn’t say that.”
Posted by Hustle at 23:31