Signs That Your Favorite Rapper Is Falling Off 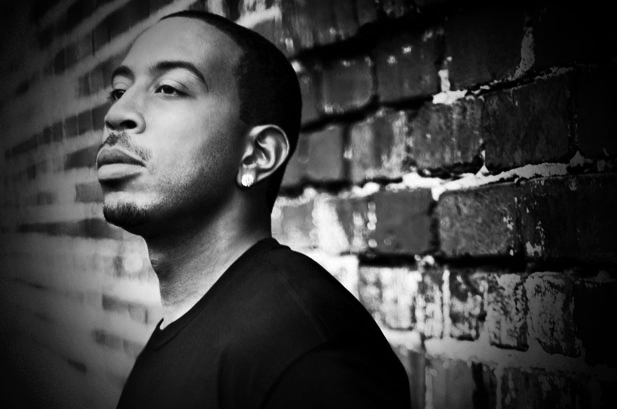 What goes up, comes down.

Thanks to the folks over at Complex for bringing this to our attention.
Nothing lasts forever. Especially when it comes to rap. The newer the art form, the faster it changes, the shorter its practicioners' time at the top. No one can escape the gravitational pull of the fall-off. (Unless, to be morbid, and honest, early death preserves a star in his or her prime.) Talent wases and wanes. Even the greatest of the greats will eventually slip.

It's hard to know when it's coming. But there can be clues, often more obvious in retrospect—telltale signs that a rapper's relevance might be drawing to a close.

In the interest of facing reality, here are some indications that your favorite rapper is no longer at the top of his game. When it's time to wake up and smell the coffee, when you should know the end is nigh: Signs That Your Favorite Rapper Is Falling Off.

They're doing a sequel to a classic
Catching a charismatic pair of rappers at both of their commercial and creative primes, Redman & Method Man's 1999 Blackout! was a great, spontaneous-feeling record. It sounded like they went into a vocal booth with a sack of weed and knocked out 19 songs in a single session. Ten years later, when they announced they were doing a sequel, we were more excited, in hindsight, than we should have been.

It's not easy to recreate a moment from the past. Technically speaking, there was nothing missing from Red and Meth's rhyme books, and the beats on Blackout 2! were largely on point, but the album just... sagged. Sure, there are examples of rappers successfully pulling off a part 2—Raekwon's Only Built for Cuban Linx 2 comes to mind. But as surprisingly strong as that record is, it can't hold a patch to its namesake. Sometimes it's better to leave the past in the past.

They're latching onto fads
What was the first thought you had when you found out Fat Joe wanted to "Instagram That Hoe"? No doubt you thought he was primed for a comeback, right? OK, maybe not. Whenever a rapper starts making hooks or song titles out of the latest subject trending on Twitter, it's a bad sign. Rappers should be setting trends, not hopping on them. Vital artists don't need juice by association. Not to mention the danger of dating oneself-Twenty years from now, "Instagram That Hoe" is liable to sound like "Pac-man Fever."

They're trying a new style (and it's not working)
The rap is audience is surprisingly conservative, and historically unkind to rappers who too dramatically change styles. When rap fans complain about rappers who aren't "real," they're not looking for authenticity as much as they are consistency. We know that much of art is artifice (especially now, in the era of Rick Ross). We don't necessarily mind. But once a character has been established, he or she can't just slip into a new persona like a change of clothes. The examples are glaring: MC Hammer's "gangster" album, Vanilla Ice transforming into the long lost member of Cypress Hill. In a less extreme example, Ludacris' shift to suit-and-tie rap might have won him a Grammy award, but it presaged his fall from relevance.

They lost a major battle
Nothing can push a rapper out of the public eye faster than another rapper. Kool Moe Dee ended Busy Bee. LL, Kool Moe Dee and KRS-One MC Shan. For every instance where beef spurred the rappers to do better (Nas and Jay being the classic example) there are plenty of instances that ended less happily for one of the combatants. (Think Tip and Flip.)

When 50 went up against Ja Rule, Ja was one of the hip-hop's biggest stars. But 50's disses weren't generic; they honed in on what other people were already whispering, articulating the market's reservations. Ja was relying heavily on cheesy rap ballads for his success, blatantly emulating Tupac, and, yes, sounded like the Cookie Monster. These ideas, while hard to deny, hadn't hurt Ja up to that point. But once 50 said them out loud, in public, they stuck. When Ja tried to punch back with Blood in My Eye, an album almost entirely devoted to anti-50 battle rap, he'd already lost. Ja was out of his element, going away from his strengths. The album flopped. Ja's career has never been the same.

They're getting murdered on their own shit
These days, when each posse cut (excuse me-all-star remix of emailed verses) consists of the same six or seven artists in different configurations, it can be easy to tell who's on the rise and who's on the way out. If a rapper gets on a track with the biggest names in the game, and his verse is the one no one remembers... that rapper might be falling off. Once rappers reach a certain level of fame, they get grandfathered into a multitude of remixes until their buzz wears off completely. So don't fool yourself into thinking that just because your favorite artist is rapping alongside 2 Chainz and Kendrick Lamar, he rightfully belongs there. He still has to shine.

They have started biting their own lines
There's nothing wrong with going back to the well and offering variations on a theme. Hip-hop is a referential medium, and plenty of artists have built sustained, flourishing careers on the basis of a few ideas flipped in new ways. (EPMD's business-mindedness comes to mind.) But at a certain point, you gotta let it go. To choose a particularly stark example: LL Cool J turning, "They call me Jaws, my hat is like a shark's fin" from the classic "I'm Bad" into the hook for "Deepest Bluest (Shark's Fin)," one of the deeper valleys in LL's sine-wave career.

They've become a parody of themselves
What makes a great rapper great is often a combination of the intentional and the unintentional. When an artist is clicking, there's an essence to their output that is greater than the sum of its parts—overarching inspiration that goes beyond any definable skillset and can't be forced or constructed. Think about conversation with a highly self-conscious person: crippling, cringe-worthy. Once rappers become too aware of how they're audience perceives them—what they think people like about them—they often start to write themselves into corners. What had been a fully-fleshed-out persona becomes caricature, and loses all the subconscious ripples and tics that makes art so compelling.

You start to notice the effort
Rappers do some very difficult, intricate, and artful things, but when they're at their best, it all seems effortless. Rap isn't just a technical performance, it is also theater, a place where the artist's character is inseparable from his style, his technique, his appearance, and his art. We see these as all of-a-piece, one and the same. Ludacris isn't Christopher Bridges, Ludacris is a package, from punchlines to persona to the blunt under his hat by his left ear in the "Welcome to Atlanta" video.

When rappers fall off, though, the seams start to show. If the persona starts to feel forced, like the rapper is trying to fulfill the audience's past idea of what made them great. Sometimes, they'll fixate on certain points of their persona, missing out that there was a full package that made them great in the first place. The more they try to embody this idea they have of what they are, the more obvious it is that they really are trying. Great rap makes the difficult look easy, weak rap is when the difficult seems difficult.
Posted by Hustle at 07:25