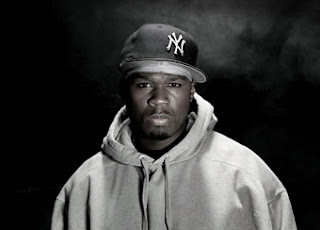 When Curtis "50 Cent" Jackson came into the game he told the world he would get rich or die trying. Well, to some people's dissatisfaction, he aint dead yet. But the former low level Queens crack dealer turned rap megastar has gotten rich 20 times over. We're not even talking about the millions he's made off record sales or his dozens of acting gigs. 50 has a business portfolio that would make Donald Trump proud.

2003 G-Unit Films
Fiddy and Interscope team up to form the production company G-Unit Films. The movie, Get Rich or Die Tryin' is released through the film company in 2005.

October, 2004 Glaceau (Energy Brands), Vitamin Water
Fif obtains a minority share in Glaceau in exchange for an endorsement of the popular product Vitamin Water. In, May 2007, Coca Cola purchases Vitamin Water for $4.1 billion and Jackson reportedly receives around $100 million in the deal after taxes.

May, 2008 Steiner Sports, Memorabilia
50 inks a multi-year deal with Steiner Sports to exclusively sell his memorabilia, including autographed photos and movie related products.

November, 2009 Power By 50
Leaping on the smell goods craze, 50 launches new line of cologne, Power By 50 sold exclusively at Macy's.

May, 2011 SMS Audio, Sync by 50
Starts SMS Audio and begins production on a new line of high end wireless headphones.