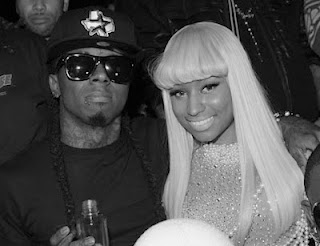 Lil Wayne says that he honored Nicki Minaj's feeling of being disrespected by pulling her from the show.

Shortly before Nicki Minaj was scheduled to take the stage at Hot 97's Summer Jam, Lil Wayne tweeted that he pulled her from the lineup. It was later revealed that radio personality Peter Rosenberg had made comments about her single "Starships" being "bullshit," and that she felt disrespected and decided not to perform.

Weezy broke his silence on the matter during an interview with MTV News, stating that he was honoring his associate's feelings by canceling her appearance.

"First of all, I approached the situation like this: that's a female, first and foremost," he said. "Nicki Minaj is a female. I don't know what anyone else believe, but I believe that females deserve the ultimate respect at all times no matter what, where, when or how. So as soon as she called me and said she felt disrespected, I just declined everything and pulled her from the show because first of all, no person that works with me - because no one works for me - no person that works with me will be disrespected in my presence as long as I'm on this planet."

He also said that he has no hard feelings towards Hot 97, but that he stands by his decision.

"And like I said, she's a female, first and foremost, so I expect the red carpet - in her manner, the pink carpet - to be laid out for her. But like I said, it's just an executive move, no bad feelings, no hard feelings. It's just like I said, in my opinion, she says she was disrespected. That's a woman. I feel like a woman is supposed to be respected at all times. Therefore, I feel like I made the right decision."
Posted by Hustle at 19:00