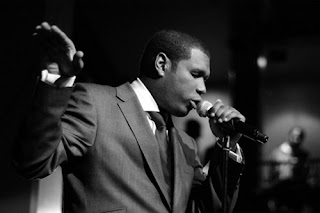 Once upon a time some artist set the music scene alight but unlike Jigga or Spikiri (longevity wise), many just fade off or burn out like a candle. New cats step up and claim the spotlight while the old ones hate. We count down albums that we aren't really looking forward to, if only the artist can heed our advice shelf the projects or give them out for free as mixtapes.

If there's one thing that we know about 50 Cent, it's that he doesn't accept defeat. Nearly three years after he touted his forthcoming Black Magic album as some of his best work (yeah we've heard that before with the album Curtis), but constant bickering with Interscope sapped our interest in hearing this project and a few tracks he's put out has leaked also didn't help.

With a failed rap career(yes before the singing she was a rapper) ah man we wont even waste our words here, Arthur's protegee should just throw inn the towel.

Jumping on Chris Brown's “Look At Me Now” with a standout, speedy 16 bars, reminded us of Busta Rhymes' lingual fury, but  it did little to draw excitement for a new project. In November he was announced as the newest signee to Cash Money Records (really now) but with a  roster consisting of the likes of  Nicki Minaj, Tyga and Drake, the competition is so stiff for Busta's E.L.E. (Extinction Level Event) 2: End Of The World to shock the Hip-Hop globe. Maybe it's time to cash inn on that retirement plan.

Some are like…who's he? Well our new generation readers, Doc had hits back in the day but yes like a candle he also burnt out. Is he planing an album…(SMH) lets hope not.

Some rappers are able to turn beef into album sales. But the ploy has had the opposite effect on Lil' Kim. Despite attempting to cash in on her hatred for Nicki Minaj, the quality of the Queen Bee's music as heard on her Black Friday mixtape has been lackluster. Definitely not the type of appetizer that would make us want to digest a sequel to her classic Hardcore debut.

Seven albums deep and there's no denying that Ludacris is a clever wordsmith. But the first clue to a false start was the decision to delay Ludaversal in lieu of his 1.21 Gigawatts: Back to the First Time mixtape. Unfortunately, a diss record like "Bada Boom" was more of a tremor than a full grown quake.

Lets be honest - Amu is a beast on the battle scene and anyone from the Li club days can testify but albums wise umm quite tricky. Let's just say Amu stick to production and lets cats like AKA run with it.

Bow Wow's love/hate relationship with Hip-Hop is proof that he might want to find another day job. After retiring a couple years ago, the pint-sized MC sought to reinvigorate his career by latching onto the YMCMB train. Although the alliance seemed promising, nothing coming out of Bow's music lab has connected with fans, leaving little interest for Underrated.

Dear Zubz, this is the last letter I'll write to the man with the golden mic, I hope you have a day job as the rap career is dead and gone. Your skills are unquestioned but are we really anticipating your come back… the answer is simple NO!

As a lyricist, Jadakiss is second to none. However, when it comes to album sales, he continuously in the back of the pack. The Yonkers, N.Y. native dropped his I Love You (Dedication to my Fans) mixtape in May, but after three cracks at making a classic LP, the odds aren't in his favor for his fourth album, Top 5 Dead or Alive.

Jay Electronica had long been bubbling under the radar before signing to Jay-Z's Roc Nation to a great level of notoriety. The New Orleans-bred MC momentum has stalled out after after announcing the completion of Act II: Patents of Nobility'. Only a handful of people, including Hov, Bun B, and Erykah Badu, have heard the record, but the sluggishness behind releasing a proper single has dulled the excitement for his Roc Nation debut.

No matter what her YouTube numbers make you believe, Kreayshawn is not an artist to watch. The adolescent ignorance of her cringeworthy "Gucci Gucci" single is so unimportant in the grand scheme of music's landscape that landing an actual deal with Columbia Records is still a fool's bet. A falling out with the Based God and the utter wackness of her sidekick V-Nasty only hinders her cause.

Breaks my heart to write this, what happened to the man that killed both Amu and ProVerb on the track Attention? Mr Selwyn had so much potential but somehow he fell off. Unless he can pull a rabbit out of his hat…umm best shelve any album ideas.

At this point, Dr. Dre's Detox album is officially a Hip-Hop urban legend. After guaranteeing a 2011 release, we only got more Beats By Dre headphones. These days Dr. Dre is “taking a break from music” and letting his perfectionism get the best of him by delaying the album, yet again. At this point, it'd be better if he just kept the whole thing to himself.
Posted by Hustle at 14:50